Modern tablets are always evolving—as users, we’re also accustomed to using our tablets for different tasks. For instance, I wouldn’t want to go through different devices in the middle of my work. Reading through reports and sending emails can be tiresome if you’re in a hurry. With Split Screen, however, you can now do tasks simultaneously on just one tablet.

Modern tablets are always evolving—as users, we’re also accustomed to using our tablets for different tasks. For instance, I wouldn’t want to go through different devices in the middle of my work. Reading through reports and sending emails can be tiresome if you’re in a hurry. With Split Screen, however, you can now do tasks simultaneously on just one tablet.

Most of the Samsung tablets that feature the Note model support the Split Screen/Multi Window view— specifically, Galaxy Note models 8.0 or higher. It also extends to older phones and tablets, as long as they run the Android 4.1.2 version or later.

Use Split Screen to do Various Tasks

Split Screen view works by running two applications at the same time. It utilizes both the left and right sides of your screen. To use this feature, follow these simple steps:

Note: You can also return to your home screen and find other apps to open.

Remember that Split Screen may not work on apps that are not Split screen supported. On newer tablets, you can open up to 3 or 4 app windows at the same time with this feature. The Split Screen view is also available in both portrait and landscape modes.

How to Resize Your Apps in Split Screen Mode

In Split-screen mode, you can also resize or adjust your apps to prioritize the other. You can also do this by either landscape or portrait mode.

Apps such as YouTube, Netflix, and other streaming services greatly benefit from this feature. Be careful on extending the bar, as this will close your second app when expanded fully.

How to Use Multi-Window Mode

Older versions of the Samsung tablet also have a built-in feature called the Multi Window mode. It is similar to the Split Screen view, where you have a tray on your left side of the screen to pick and choose what app you want to run. Here’s how to do it:

Unlike the Split Screen mode, Multi Window has limited apps that can be opened. The apps in the tray could also be customized by the Edit button; you can add or remove current apps on the tray and pick one from your home screen.

How to Open an App in Popup View

From the Recent Apps menu

From the Split Screen view

This feature is also great for multitasking and is supported by most Samsung tablets today. You can also adjust the pop-up window’s opacity—make it transparent or solid. To add, you can drag the pop-up window by holding on to its top border. To close, click the X button on the top right corner.

Split Screen view allows you to multitask most of your work. I’ve also used it for entertainment and communication purposes; it’s also supported by most mobile apps today. Split-screen is one of the many features that Android has developed in recent years.

This feature also relieves you from the hassle of bringing two devices for different purposes. It lets you handle multiple tasks on one portable tablet. From answering emails to watching your favorite series, this feature has you covered. Here are some final tips in using the Split Screen mode: 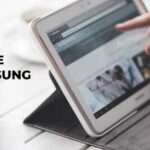 How to Close Apps on a Samsung and Amazon Fire Tablet?

How to Lock Apps on a Samsung Tablet

How to Screen Record on Samsung Tablets 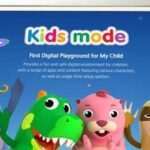 How to Turn on Kid Mode on Samsung Tablet