It can be really frustrating to pick up my tablet and find out that the battery is low, just a short while after a full charge. Sometimes when I have so many apps open, my tablet tends to lag, and the first thing I do is close the apps that I’m not using.

Active or even apps running in the background consume the battery power and other resources such as mobile data. To avoid all this, I make sure that I close all the running apps when I’m not using them or not using my tablet. It helps conserve the battery and mobile data. In this article, I will guide you on how you can close apps on your Samsung tablet, and after that, I will also guide you on how to do the same on your Amazon Fire Tablet.

How to Close Apps on the Samsung Tablet

The second way you can close apps on a Samsung tablet is by tapping on the Recent Apps icon. You’ll find it at the bottom-left corner of the home screen. On newer models, it’ll look like three vertical lines. It’ll look like two sideways L’s resting on top of one another on other models. A list of open apps will appear on the screen. Follow the illustration shown on the photographs below:

If you’re using an older model of the Samsung tablet with a physical Home button, press and hold the Home button while the screen is unlocked to see the list of open apps. (Nicole Levine, 2020)

Suppose you do not want the hassle of regularly going back to the task manager to close active apps. In that case, you can download and install third-party task managers equipped with the capacity to automatically close apps after a certain period of inactivity. Some examples of third-party task managers include Advanced Task Killer, Task Killer-Auto Kill, and Advanced Task Manager. Most of these apps can be easily accessed, and they are free to download and install from the Google Play Store.

The last option you can take to close apps on a Samsung tablet is force-stopping any running apps. The force stop command helps in cases where I have system apps that stubbornly keep depleting resources, such as the battery power. I would only advise you to force stop an app if it’s a nuisance and you can’t uninstall it. Below are the steps I follow to force close running apps.

To force stop other apps, tap on the back key to get back to the Apps window, then select the next app you wish to end force stop. Repeat the steps and instructions as guided in the steps above.

How to Close Apps on the Amazon Fire Tablet

If you have the latest model of the Amazon Fire Tablet, follow the following steps and photograph illustration shown below:

If you have the older Amazon Fire Tablet and it does not have the above option, follow the following steps:

If you think more apps are running in the background than are shown after closing apps through the above processes, you can take a deeper look at all the apps and see how much of the battery and mobile data they use even when they are at rest or running in the background. Once you establish the apps that have a very high consumption of the two resources and feel like they are apps you can do without, you can force close them. Follow the steps shown below to force close apps on your Amazon Fire Tablet:

The last option you can take to close apps on your Amazon Fire Tablet is using third-party apps such as Advanced App Killer or any other task manager app that you prefer. You can find such apps on the Amazon Appstore. After downloading and installing the app, launch as guided. Once you open the app, check the apps you wish to Kill and select KILL selected apps. The example below shows how you can do it using The Advanced App Killer: 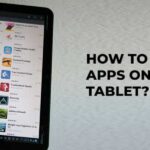 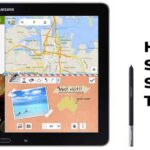 How to Use Split Screen on Samsung Tablet 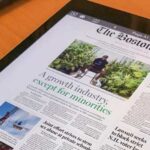 Best Tablet for Reading Newspapers, Magazines, and Comics in 2022 – PT 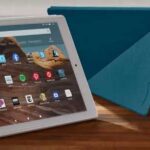 How to Screen Record on Amazon Fire Tablet